Autumn is the peak time for fungi to appear in woodlands, meadows, riverbanks, roadside verges and gardens.

Coming in all shapes and sizes, they are hugely diverse and play a major role in the ecosystem by recycling waste and organic materials to help trees and plants grow. The part of the mushroom growing above the ground, the fruiting body, produces spores to reproduce. Under the ground, the mycelium is a mass of branching thread-like structures (hyphae), which absorbs nutrients from the ground and, in some cases, connects the fungus to trees and plants.

Some are edible, some are poisonous – and it’s best to leave them alone unless you’re with an expert!

Here are just some of the fungi that have been spotted around the Tame Valley Wetlands. Click on the images to enlarge them.

The last couple of weeks at Tame Valley Wetlands have been busy with Tame Force, plans for future projects and work delivering current projects. We’ve also got a few great nature spots to show!

This small white butterfly, Pieris rapae, has recently emerged from its cocoon. The pupa, which you can see in the background, has a pointed shape and attaches onto a surface with a thin silk strand. Once emerged, fluid is pumped through the wings, helping them to unfold. The butterfly rests whilst its wings dry, then is able to fly off and begin foraging.

A walk through Church Pool Covert and Lea Marston churchyard was rewarded with some fascinating fungi findings in the form of these large parasol mushrooms, Macrolepiota procera, and some bracket fungi growing on fallen dead wood.

These and other fungi play important roles in the ecosystem, especially in the nitrogen cycle, by acting as saprophytic decomposers. They break down plant materials and other waste from the forest floor, then release nitrogen back into the soil in the form of ammonium nitrate, for it to eventually be used by plants.

Whilst carrying out habitat management and scrub clearance with Tame Force, we noticed two den holes in the ground underneath a bed of nettles, but it was unclear whether or not they were being used. Speculations were confirmed when trail camera footage from the next evening, recorded by Ian Wykes, our Development Manager, captured this fox exploring the walled garden!

The apple trees at Hams Hall Environmental Centre are now abundant with fruit. These crab apples are tiny and sharp tasting! They make excellent food for birds and other wildlife around the garden.

We are concerned that the UK Government will include Warwickshire in this year’s badger cull. Warwickshire Wildlife Trust have opposed badger culling since 2004, as there is no conclusive scientific evidence that culling badgers will decreases the incidence of bovine tubercolosis (bTB) in cattle. In fact, long-term trials by the UK Government suggest that culling could make the prevalence of bTB worse by encouraging remaining badgers to spread around.

Please visit Warwickshire Wildlife Trust’s website to find out about how you can help try to change the Government’s mind, preventing the death of thousands of Warwickshire’s badgers.

Explore the hidden landscape, history and wildlife of the Tame Valley Wetlands with The Tame Way.

The Tame Way is a long-distance route for waterside walks across the Tame Valley Wetlands area and beyond. There are two routes – the 12 mile Canal Route and the 18 mile River Route.

Our project to develop The Tame Way routes has involved installation of waymarkers and signage, as well as interlinking the routes with our current circular and themed walks to incorporate many sites of heritage interest.

You can read more about each of the routes, including walk highlights and a detailed map, in The Tame way guide and information leaflet.

Explore the landscape, history and wildlife of the Tame Valley Wetlands with our self-guided walks leaflets.

As part of our efforts to improve access and public rights of way across the Tame Valley Wetlands we are producing a series of self-guided walks leaflets. This has been funded by Tesco’s Bags of Help scheme. 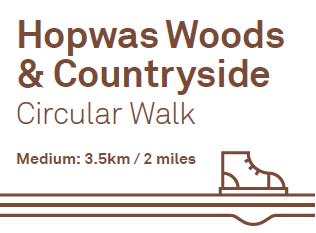 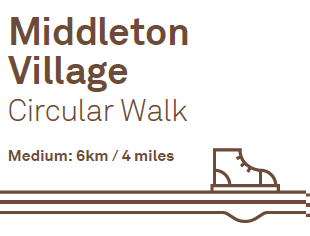 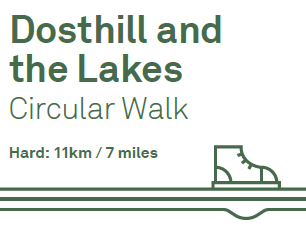 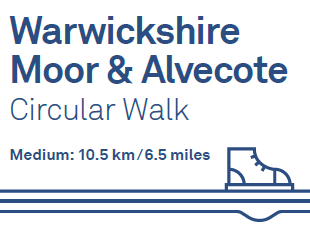 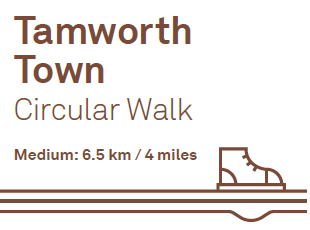 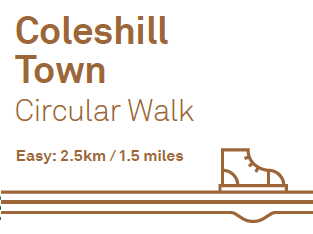 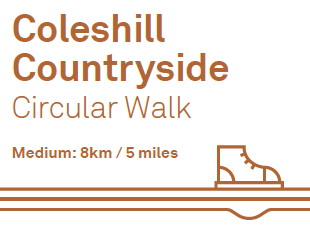 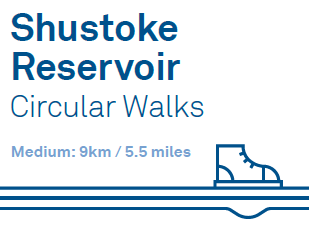 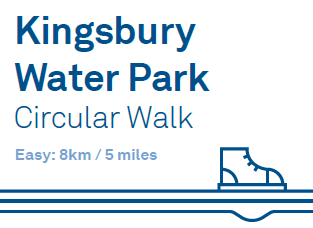 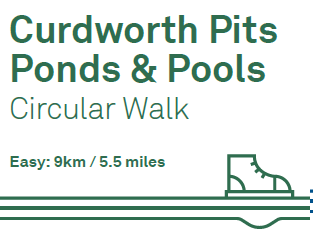 We have been running various training events and workshops as part of the Blythe Alive! project, to engage and involve local people in the importance of the River Blythe by demonstrating the ecological value it both provides and has the potential to provide.

There have been workshops on riparian plant identification, freshwater invertebrate identification and the importance of river habitats.

We plan to run a second round of training events in 2021. Check our social media pages and Events page to book tickets nearer to the time.

Return to the Blythe Alive homepage

So far we have deposited gravels into a section of the river at Temple Balsall, and plan to address three more sites throughout the project.

The introduction of clean gravels into the river will provide significant environmental benefits. The gravels will work alongside other anticipated improvements to the river to improve the bed structure, flow variation and habitat diversity. They will mean that rate of sedimentation within the river will be reduced, improving light levels and reducing turbidity, which will improve the conditions for submerged and marginal plants for which the River Blythe is a habitat.

Gravel introduction will also create new fish spawning sites. Fish such as salmon and trout use gravel beds in the river to build nests in which to deposit their eggs. The water flowing through the gravels carries oxygen to the eggs, which is essential for their survival. The gravels also act as habitats for invertebrates, which are good food sources for the fish.

Return to the Blythe Alive homepage
Return to blog homepage

It’s been a while since we last posted about nature spots but the wildlife around the Tame Valley Wetlands has continued to thrive! We’ve had a lot of butterfly photos and a few interesting plants too.

Here are some great shots of a brimstone butterfly, Gonepteryx rhamni. You can see from these photos how the shape, colour and vein patterns of its wings resemble leaves, giving the butterfly the ability to camouflage well whilst it hibernates over winter, one of the few butterflies in the UK that do this.

This gatekeeper butterfly, Pyronia tithonus, shows off the false eyespots on its wings which act to deter predators such as birds, giving the butterfly time to escape. The eyespots might also act as a secondary form of defence by encouraging birds to attack the wings rather than the body – damage to a butterfly’s wings is much more tolerable than harm to its body!

Robin’s pincushion is a red hairy growth that appears on wild roses, caused by the larvae of the tiny gall wasp that feeds on the plant. Despite looking significant, robin’s pincushion causes little damage to the plant. The gall holds many of the wasp grubs, which feed on the gall tissues throughout winter. The adult wasps emerge in the spring.

A common blue butterfly, Polyommatus icarus, displaying the patterned underside of its blue wings whilst feeding from a dahlia. The caterpillars of common blues have a fascinating mutualistic relationship with ants during their development. The caterpillars secrete a substance called honeydew that attracts ants. The ants will eat the honeydew and tend to the chrysalis, often taking it into their nests to protect the caterpillars from predators. The butterflies effectively use the ants for free childcare, and the ants receive a tasty meal of honeydew in return. This kind of mutualism is seen in some other species of butterfly too.

This interesting plant is the fruiting stage of Arum maculatum, commonly known as Lords and Ladies, or cuckoo pint. Its berries are highly poisonous, although you’d struggle to eat many of them as they have a acrid taste and would burn your mouth! During the flowering stage, Arum uses a method of trap pollination, in which it attracts fly pollinators to itself by emitting odour and heat. Flies fall down into the trap where the flowers are located and are prevented from escaping by a layer of hairs at the entrance. The flies deposit pollen from other plants on the female flowers, and the male flowers deposit their pollen on the flies. Once pollen transfer is complete, the trap collapses and the flies are able to escape… until the same thing happens at another Arum flower!

We’ve recently been able to welcome back our volunteer team, TameForce.

We weren’t able to hold sessions for four long months due to Covid-19, but we’re happy to say that TameForce have now returned (of course, with social distancing measures in place) and we’re so pleased to have the team back.

Last week TameForce spent the day taking care of the walled garden at Hams Hall Environmental Centre. We had a small bonfire to burn some of the excess brash.

If you would like to get involved or find out more about the TameForce volunteer team, click here for further information or contact us by email at enquiries@tamevalleywetlands.co.uk.

Have you seen any hedgehogs in your garden this summer?

Over the summer months, hedgehogs will have been active from March when they first emerged from hibernation. Now, from August to September, is typically when second litters of hoglets are born. Compared with the litters born earlier in the summer, it is often more of a struggle for these late-born hedgehogs to build up their fat reserves enough before hibernation – their natural diets of insects, slugs and worms begins to diminish.

It’s a good idea to put out food and water for hedgehogs all summer long, but often particularly important during these last summer months when other food sources are harder to come by.

You’re most likely to spot hedgehogs at dusk, whilst it’s not daylight, but there is just enough light to be able to see. The hedgehog in the picture above appeared just as the light was starting to fade, out in search of sustenance!

If you see a hedgehog that looks like it needs help, for example if it is injured or out during the day and not moving, it’s a good idea to contact British Hedgehog Preservation Society.

What can I feed the hedgehogs in my garden?

Cat biscuits, meat-based cat or dog food, and specialist hedgehog food are all great to leave out for hedgehogs. Make sure to also leave out a shallow bowl of clean water so the hedgehogs can stay hydrated in the warm weather.

Avoid leaving out milk, which hedgehogs are intolerant to; bread, which is of little nutritional value for hedgehogs; and mealworms, which can be harmful if eaten in large quantities.

Let us know if you’ve seen any hedgehogs in your garden! If you manage to take any pictures, we’d love to see them too. Email enquiries@tamevalleywetlands.co.uk to get in touch.