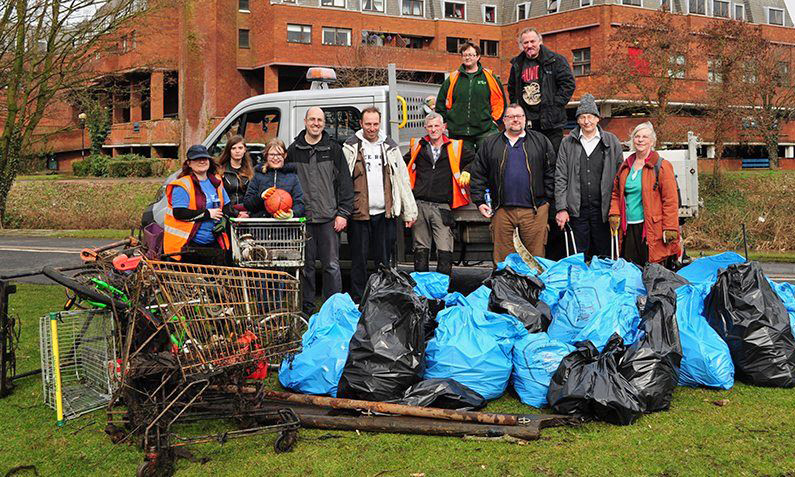 DOZENS of bags of rubbish, four shopping trollies, two bicycles and a bench frame were among the waste and litter collected by community-spirited volunteers during a spring clean event in early March.

Willing volunteers of all ages rolled up their sleeves and helped tidy large parts of the Bolebridge ‘egg’ roundabout near the Castle Grounds, and the water channel that runs through it, during a four-hour community litter pick on Saturday, March 10.

The event was organised by Tamworth Borough Council as part of Keep Britain Tidy’s ‘Great British Spring Clean’ campaign, which aims to bring people across the country together to help tidy our streets, parks and countryside.

It was supported by volunteers from Tamworth Borough Council’s Street Scene department, Tame Valley Wetlands and Wild About Tamworth, local nature groups, people on Community Payback schemes and members of the public. Organisers were pleased with the turnout despite the poor weather forecast and gloomy conditions.