The landscape of the Tame Valley has been shaped over centuries by the waves of people who have settled in the area.

From prehistoric man, who arrived after the last Ice Age and began clearing the wildwood, through the arrival of the Romans in the 1st century AD, to the Angles, Saxons and the Kingdom of Mercia, the Viking and Norman invasions, the upheavals of the industrial revolution, and on up to the modern day, each wave of people has shaped the valley landscape to suit its needs.

Did you know?
The name of the River Tame is derived from the Celtic language, and is usually thought to mean ‘dark’, although it may also mean ‘slow-moving’ or ‘flowing’. Many other rivers, such as the Thames, Team and Tamar, all share the same derivation.

Over many centuries, the landscape of the valley changed only gradually, consisting of small rural farming communities and market towns. But the 18th century saw the start of massive changes.

The Industrial Revolution sparked a huge increase in the need for building materials and coal to power new factories. New collieries, sand and gravel works and brickworks opened up across the valley to exploit the mineral wealth, scarring the landscape. Some landowners became hugely wealthy, allowing them to build some of the grand properties that remain today. People flooded into the area to work in the new industries, expanding towns and villages and creating new ones. Canals, railways and roads were constructed to help move workers and materials. 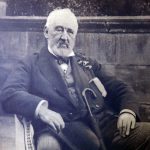 “The River Tame… which had been noted for its crystal clearness and for the trout which abounded in it, was horribly polluted by the noxious fluids draining into it from Birmingham.”

The rapid expansion of Birmingham’s population and heavy industry had a devastating effect on the River Tame, turning it into an open sewer. Birmingham’s archives from the 1850s have many letters from the landed gentry complaining about the decline in fish stocks caused by pollution. By the mid 20th century, the Tame was considered to be one of Britain’s dirtiest rivers.

Birmingham’s proximity had other effects on the valley. The city’s need for clean drinking water led to the creation of Shustoke reservoir (completed 1894) and the magnificent pumping station at nearby Whitacre Heath, now a Grade II listed building. Later, in the 1920s, one of the largest power stations in Europe was built on the site of Hams Hall.

A complex transport network criss-crosses the area. The Birmingham and Fazeley Canal was completed in 1789, linking Birmingham and London, via the Coventry Canal. Then came the railways; The Birmingham and Derby Junction Railway was opened in 1839, followed by several other routes. Later, during the 1960s, 70s and 80’s, the M6 and M42 motorways sliced through the valley.

Despite this historical damage, the Tame Valley is now recovering. The coal mines have all closed, Birmingham’s heavy industries have declined and the river is once again a haven for wildlife. The old sand and gravel extraction pits have filled with water, creating valuable wetland habitat and recreational areas for people across the region to enjoy.

See how the valley has changed over the centuries.

Telling the Tale of the Tame

Memories are fragile, and yet they are the way we are able to tell our story. Stories help us understand who we are and how we got here. In a rapidly changing landscape like the Tame Valley, memories of how it once was and how that shaped lives can easily be lost.

You can help us ensure we hear the stories of those who witnessed the changes and what it was like to live in the Tame Valley. We’d like you to help us build a picture of the local history of the Tame Valley Wetlands by sharing your stories (and those passed down to you), photographs and memories with us so we can all Tell the Tale of the Tame.

We would like to hear from local groups and organisations, schools and individuals to create a picture of the changing landscape of the Tame Valley. Please follow the link below to find out how you can contribute.

Help us Tell the Tale of the Tame ▸

Telling the Tale of the Tame

We’d like you to help us build a picture of the local history of the Tame Valley Wetlands by sharing your stories (and those passed down to you), photographs and memories with us so we can all Tell the Tale of the Tame.
Find out more ▸ 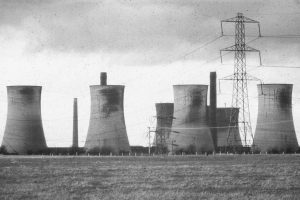 The Hams Hall Distribution Park, near Coleshill, was once the site of one of the largest power stations in Europe, burning 1.25 million tonnes of coal each year.
▸ Find out about historic sites in the Tame Valley