We’ve been working at Blythe Mill to enhance the wetland area. As part of the improvements we’ve created a scrape, a shallow area which seasonally holds water, which will be attractive to a wide variety of wildlife such as birds and water-dwelling invertebrates.

The photos below show the just-completed scrape, which will next be seeded and planted with wildflowers. Research has shown that wetland features such as these act as important feeding areas for breeding wading birds, as they contain lots of invertebrates to feed on.

This work is part of our Blythe Alive project, which is working to restore the river Blythe and its surrounding environment, to make better habitats for wildlife.

Thanks to Environmental Land Management Solutions who worked with us during this project. 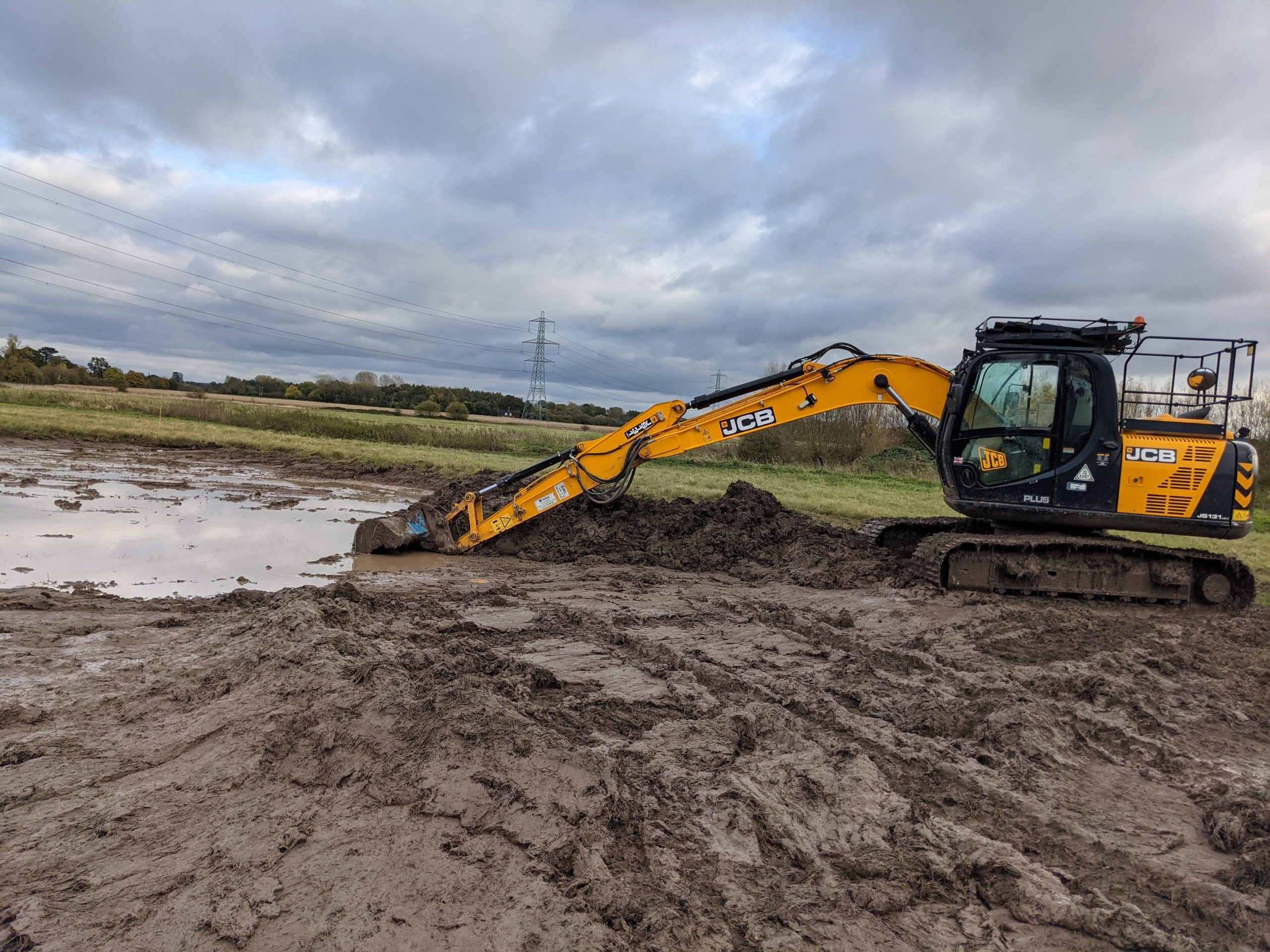 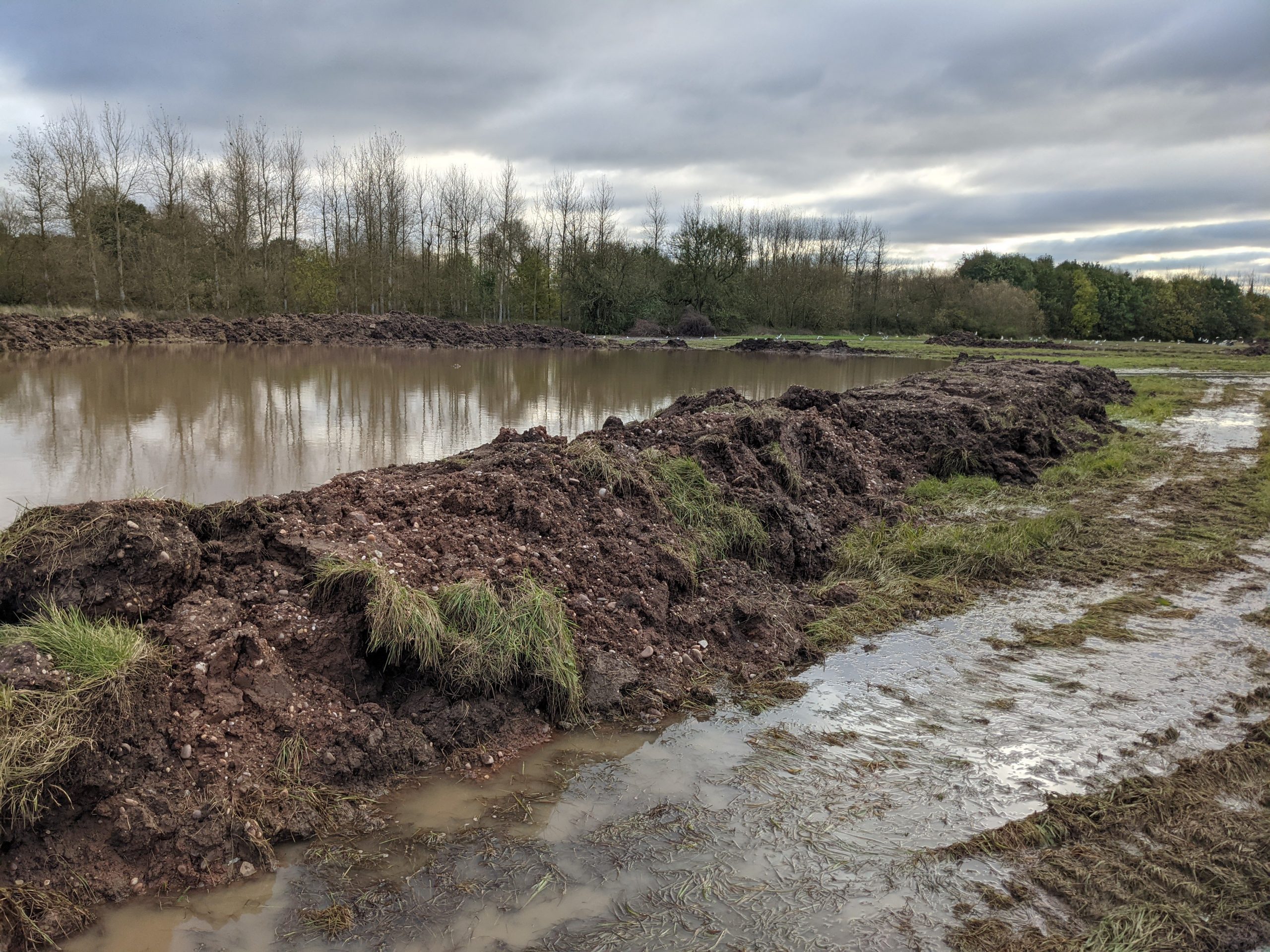 Why the River Blythe?

The Blythe River is designated as a Site of Special Scientific Interest (SSSI) due to the diversity of its wildlife, especially plant species.

However, due to various types of pollution, such as phosphate and road runoff and point-source discharge; as well as the presence of several barriers to fish movement along the river, the ecological status of the River Blythe has been degraded over time.

Tame Valley Wetlands, with funding from the European Agricultural Fund for Rural Development (EAFRD) Water Environment Grant, will be carrying out ‘Blythe Alive!’, a project to enhance the biodiversity value of the River Blythe and improve its general ecological status. Our work began at the beginning of 2019 and will span approximately 3 years.